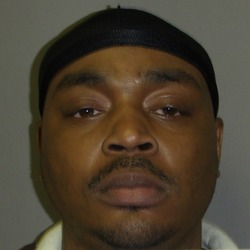 The GBI is investigating a fatal officer involved shooting in Lowndes County. Dexter Bethea was killed around 6 p.m. Wednesday, April 8, 2015 in a police shooting in the parking lot of the Econo Lodge just off of Saint Augustine Road. Two other people were arrested and taken to the Lowndes County Jail . The Georgia Bureau of Investigation isn't saying how the three may be connected or whether both deputies fired shots or what led to the shooting. We are actively investigating the cause of death right now and the manner of death, exactly what happened, and gettin' all the facts and circumstances together here in the parking lot,” said Steve Turner, GBI Special Agent.

On Friday evening July 31, 2015, at 6 pm it was announced that the Grand Jury has found that the deputy used "Justified Use Of Deadly Force" when he fired one round, killing a Valdosta Bethea last spring. According to the GBI, who presented its findings before the Grand Jury this week, Bethea drove Michael Hendley to the Econolodge to deliver $1,100 worth of crack cocaine to an alleged prostitute named Connie Wood, who was working with deputies. When the pair realized they were surrounded, the GBI says Bethea hit the gas, driving towards one of the deputies. That's when Deputy Warnock fired his weapon, shooting Bethea in the head and killing him.