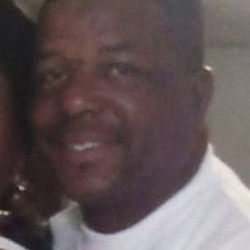 A 55-year-old man who was part of an overnight officer-involved shooting in this city's northside Thursday has died from his injuries, according to the Corpus Christi Police Department.

Police said it was shortly after 9 p.m. Thursday when CCPD Officer Jose Hasette was making a traffic stop. The driver of the vehicle, identified as 55-year-old Dewboy Lister, fled in his vehicle.

According to police, Hasette pursued Lister in his patrol unit for a couple of blocks before Lister stopped and fled on foot. He caught up with Lister in the 2800 block of Minton Street and a struggle ensued. Police said one shot was fired during that struggle, striking Lister in the torso.

Both men were taken to an area hospital after medics arrived. The CCPD said Hasette was treated for minor injuries and released. Lister died from his injuries at around 2 a.m. Friday after hours of surgery.