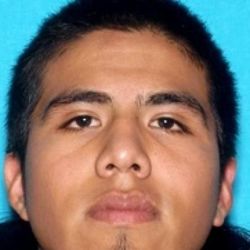 Devin James Gates, 24 walked into a 7-Eleven at 2105 Scott Blvd. around 2 a.m. Sunday, according to Lt. Kurt Clarke. Gates then pointed a gun at the clerk, attempting to rob the store, Clarke said. Officers Josh Craig, a 5-year veteran and Randy Van Diemen, a 2-year veteran, responded to a call about a robbery in progress at the 7-Eleven, Clarke said. When they got to the store, they saw Gates who shot once at the clerk but missed. Clarke said Gates then left the store, where he was confronted by the two officers. Gates refused to comply with officers' orders, and fearing for their lives and for other citizens in the parking lot, the officers opened fire, killing him, Clarke said.