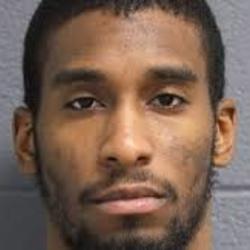 Investigators say police opened fire on Deviere Ernel Ransom, 24, of Detroit, after he ran behind a drug store and then pulled a handgun on approaching officers. Police say he had fired shot at a Troy police officer during the car chase, which started in Warren. According to investigators, Ransom had sawed off his tether earlier Wednesday evening, and armed with a gun, made threats to kill someone. Warren police were notified and began chasing the suspect in a car just before midnight near 12 Mile and Mound roads. Police chased the vehicle into Troy, where Ransom reportedly fired shots at a Troy police officer who was joining the pursuit. Bloomfield Police officers were alerted as the vehicle left the freeway and collided with another car at the corner of Woodward Avenue and Square Lake Road. Ransom ran from the car to behind a CVS drug store.