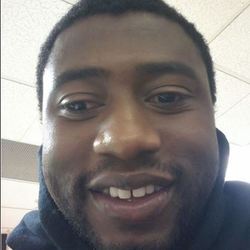 One person is dead after an officer-involved shooting happened Sunday in southwest Oklahoma City, police said.

The shooting happened shortly after 4:30 p.m. near SW 15 and Robinson near the Oklahoma River.

Passersby called police and said a black male, identified as 24-year-old Deveonte Johnson, was carrying a gun and was pointing it at vehicles.

“There was also a report that they heard a pop, so this indicated to the officers that possibly somebody was shooting here in the area,” police Capt. Paco Balderrama said at the scene.

Two officers arrived on the scene and saw an armed man. One officer shot the man after he refused to lower his gun, Balderrama said.

“He raised the weapon,” Balderrama said. “He was ordered multiple times to drop the weapon. That did not happen, so one of the officers discharged his weapon.”