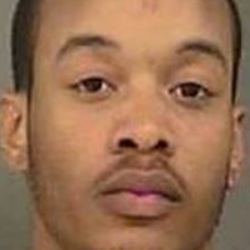 Charlotte-Mecklenburg police say an officer shot and killed a man who was wanted for allegedly firing at officers Monday night in west Charlotte.

Devaron Ricardo Wilburn, 21, was shot about 10 p.m. Wednesday in a confrontation with police at the Intown Suites, in the 7700 block of North Tryon Street. No other injuries were reported.

Investigators had been working for nearly two days to identify the man who allegedly fired at police about 10:45 p.m. Monday near a convenience store on West Trade Street near Fifth Street.

On Wednesday, police said Wilburn refused to surrender before being shot by a 20-year veteran officer. Investigators said Wilburn “presented a weapon” during the confrontation that led to the shooting.

And late Thursday, police said a ballistic examination showed that Wilburn’s gun had been fired. The examination didn’t show whether Wilburn or officers shot first.