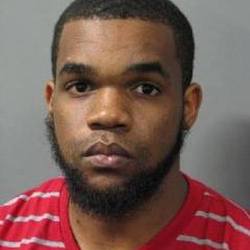 The man fatally shot by deputies was identified by Sheriff Newell Normand as Desmond Willis, 25. According to Normand, authorities attempted to stop a black truck, belonging to Willis' mother, in the Pebble Walk neighborhood of Harvey Monday afternoon when Willis -- behind the wheel -- refused to exit the vehicle. He drove off, Normand said, leading deputies on a chase that ended when he crashed the truck into a glass office building behind a Waffle House on Manhattan. Willis fired on deputies near the Waffle House, Normand said, and again in the parking lot of New Orleans Hamburger & Seafood Co., where he was fatally shot by deputies.