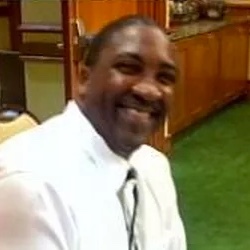 Desmond Luster Sr. was no criminal — in fact, he was fed up with crime. “He was ranting and raving because he was tired of people breaking into his house and getting away with it,” said one neighbor, who asked not to be identified for fear that she would be targeted by burglars herself. She said that on Monday afternoon — after two recent break-ins — Luster, 45, “must’ve just snapped.” Luster got in his pickup and chased people who he believed had broken into his home. He instead wound up shot to death by a police officer. The officer told dispatchers that Luster told him he was trying to run down the suspects.