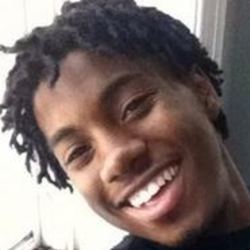 17 year old Desean Pittman was fatally shot by police on a Sunday night in the South Side Chatham neighborhood, about two hours after the first police-involved shooting in East Garfield Park.

About 9 p.m., two males were shooting at each other in the 900 block of East 80th Street, according to a preliminary police statement. One of the males and two other people — a male and female — were shot.

Police approached on foot to investigate, and were confronted by the male who had shot the other male, police said. He pointed a gun at them, and officers ordered him to drop his weapon, police said. When he refused, an officer shot him.

Per reports — four CPD officers were on the scene. Only one officer fired: James Hunt, who fired eleven times.

Officer Hunt joined CPD on June 3, 2013. In less than six years, he had eight accusations of misconduct filed against him. The complaints include use of force, false arrest, and racial/verbal abuse. When measured against his years of service, that puts him in the top 95th percentile of CPD officers, according to research by the Invisible Institute — a journalism watchdog organization.

Hunt has also filed 16 use-of-force reports. That’s a standard self-reporting mechanism when a cop uses force, such as a gun or Taser. His use of force reports put him in the top 99.9 percentile.

Of the 176 investigations into police shootings from the IPRA since the entity was formed in 2007, it has found officers violated department policies only three times. Additionally, shootings by police are often justified quickly - as a spokesperson for the police has already justified the two that occurred this weekend.

Part of the problem, according to some, is that the IPRA is essentially the police investigating themselves. Earlier this month, groups held an event at Roosevelt University to discuss violent encounters with the police, which happen disproportionately in communities of color on the south and west sides of the city. “The IPRA is supposed to be independently operating to allow citizens to report police violence, but they report police violence for police to investigate,” said Malcolm London, an organizer with the group Black Youth Project 100.