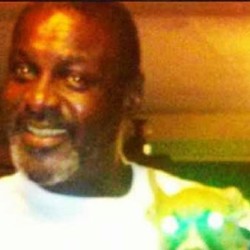 Charleston County Sheriff deputies William Fawcett and Levi Reiter fatally shot a James Island man Saturday night after the man stabbed a deputy in the knee with a knife, according to a report from the Sheriff's Office. The State Law Enforcement Division is investigating the shooting, and the two deputies have been placed on administrative leave according to agency protocol.

Sheriff Al Cannon will hold a press conference about the shooting at 3:30 p.m. at 3505 Pinehaven Dr., North Charleston.

According to the Sheriff's Office report, deputies responded to a reported domestic disturbance between 51-year-old Derryl Drayton and his sister at about 10:20 p.m. Saturday. The sister told the deputies that her brother had threatened her and then fled. The deputies searched the area and found Drayton between Greenhill Road and Seaside Lane. According to the report, Drayton swung at deputies and then took off running, with the officers eventually catching up to him on Seaside Lane. The report states that Drayton "continued to exhibit aggressive behavior towards the deputies" and threatened to harm himself with a knife.

The deputies reportedly tasered Drayton twice, but both times were "ineffective" according to the report, and Drayton walked away. The report states that Drayton then "stabbed at one of the deputies," striking Deputy Richard Craver in the knee. Deputies Fawcett and Reiter then reportedly fired shots that hit Drayton. Deputies attempted to use CPR and resuscitate Drayton until EMS arrived at 11:01 p.m. and declared him dead.

March 2016 A federal judge on Friday said a $900,000 settlement for loved ones of a man fatally shot by Charleston County deputies in 2013 should serve as a teachable moment for law enforcement officers.