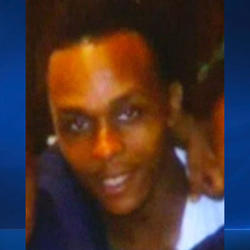 Derrick Lee Hunt, 28 was shot on August 7, 2015 by police when he refused to drop his knife after allegedly stabbing several people. Police responded about 8:20 p.m. to a call about multiple stabbings in the 3200 block of Artesia Boulevard, authorities said. According to police multiple people in and around the apartment complex had been stabbed by Hunt who was ultimately shot by police. The 28-year-old Long Beach resident was pronounced dead at the scene. A large kitchen knife was recovered at the scene, police said. Residents who live on the block witnessed the shooting and said Hunt appeared to raise his hands up at the officers as if he was holding a gun and pointed the knife at police. He did not obey officers’ command to put down the weapon and was shot multiple times, they said. Five of the six stabbing victims were taken to local hospitals, police said. All are in stable condition.