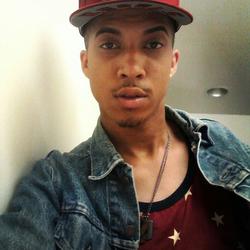 Derrick Alexander Sellman died after being shot by a Baltimore County police officer who was struck by the man’s SUV while working security at a Parkville strip mall.

The officer was working in his police uniform as a security guard for the Parkway Crossing shopping center in the 2300 block of Cleanleigh Drive, Baltimore County police spokesman Shawn Vinson said.

He was wrapping up his shift when he went into the center’s parking lot around 8:30 p.m. Monday, after another guard saw a black 2011 Chevrolet Suburban driving erratically near the mall’s ShopRite grocery store. The officer stopped the driver, 28-year-old Derrick Alexander Sellman, near the grocery store’s entrance and the driver opened the door, Vinson said.

“At some point the driver accelerated the SUV,” either dragging the officer or hitting him, Vinson said.

The SUV was then hit by a white 2016 Toyota Avalon, pinning the officer between that car’s door and the SUV. The officer shot at the SUV driver with his service weapon, striking him at least once in his upper body, Vinson said.

The SUV then crashed into another car in the parking lot before coming to rest nearby.

Sellman, of the 2300 block of Walshire Ave. in Northeast Baltimore, died at Sinai Hospital, Vinson said.