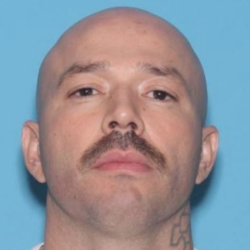 39 year-old Derick Manuel Bonilla was shot and killed by a Glendale detective near a gas station in Phoenix on Friday morning.

Glendale police said Bonilla pulled into the parking lot of a gas station near Interstate 17 and Camelback Road around 10:40 a.m., where Glendale detectives were investigating a vehicle he was driving that they believed was recently stolen in an armed robbery, according to police.

Bonilla exited his vehicle and, when he was returning to his car, police tried to arrest him, according to Officer Tiffany Ngalula, a spokesperson for Glendale police.

During the attempted arrest, police said Bonilla knocked one detective to the ground and reached behind his back in his waistband area while on top of the detective, according to Ngalula.

Out of fear for the detective's life, another detective fired his handgun, according to Ngalula.

A gun was recovered near Bonilla, who was treated for his injuries on scene, but later died after he was transported to the hospital in critical condition, according to Ngalula.

No officers reported injuries, according to Glendale police