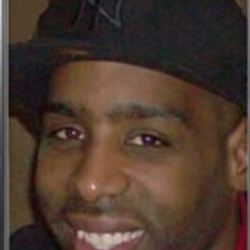 The officer pulled over a car at 10:52 p.m. Sunday in the 600 block of Walnut Avenue near Syracuse University, said Sgt. Richard Helterline, a spokesman for the Syracuse Police. The driver got out of the car and shot at the officer, police said.

The officer shot at the driver, hitting him at least once, police said. The driver fell to the ground and later died, police said.

"During the traffic stop, the male driver exited the vehicle and fired several shots at the officer," Helterline said in the release. "The officer discharged his duty weapon in response to the driver's action, striking the male with at least one round."

After the driver was shot, the officer requested an ambulance and additional police officers at the scene. Officers began first-aid treatment until an ambulance arrived, Helterline said.

The male was taken to Upstate University Hospital in Syracuse, where died a short time later, police said.

Police recovered the man's gun at the scene, police said.

Police are withholding the name of the driver until his family can be notified. They also will not release the identity of the officer who fired his duty weapon for 72 hours, Helterline said.

"It is very early in this investigation and additional information will be released when available," Helterline said.

Syracuse police ask anyone with information to call the department's Criminal Investigations Division at (315) 442-5222.

The shooting took place just over half a mile from Syracuse University's Carrier Dome.

Several Syracuse University students expressed frustration on social media about how they were provided little or no information about the shooting after it happened. One student reported hearing at least eight gunshots with someone shouting in between the shots at the corner of Madison Street and Walnut Avenue. Students say they have not received an alert from the university. As they hoped to get answers, Syracuse police hung police tape, took photos and collected evidence from the scene.

About 2 a.m. Monday, Syracuse University Tweeted out a message to students: "There is no danger to the SU community as a result of an incident that took place in the 600 block of Walnut Ave..."