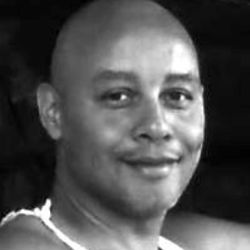 A Chicago police officer has been released from the hospital after he was wounded in an exchange of gunfire that killed a man who had been "acting erratically" at a park in the Prairie District neighborhood on the Near South Side, according to authorities.

Police took the officer to Northwestern Memorial Hospital after he was shot in the leg at Battle of Fort Dearborn Park in the 1800 block of South Calumet Avenue around 8 p.m. Thursday, police said.  He was released overnight.

The man killed by police was identified Friday morning as Derek Love, 50, of Chicago. He was pronounced dead at Northwestern Memorial Hospital at 8:49 p.m., according to the Cook County medical examiner's office.

Family members said he had been visiting his mother, who lives nearby, and was headed to his home in Bronzeville about two miles away.

The shooting occurred after bicycle officers were told by someone that a man was "acting erratically" in the park, according to police Superintendent Eddie Johnson, speaking outside the hospital. Officers went to the park and found Love on his cellphone.

The wounded officer was able to apply a tourniquet to his leg with the help of his partner, probably saving his life, Johnson said. The officer had received training in emergency medical treatment, Johnson said.