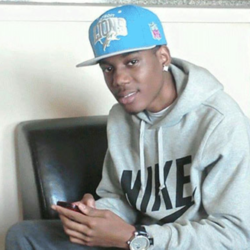 A 22-year-old Deravis Rogers, accused of trying to break into cars tried to drive away, but was shot and killed on June 23, 2016 by an officer, according to police.

Late June 22, an off-duty Atlanta police officer was patrolling the parking lot of a Monroe Drive apartment complex when he spotted a man suspected of breaking into cars, Officer Kim Jones said. The off-duty officer, whose name was not released, called for an additional officers and ran after the suspect, but was unable to catch him, police said.

Rogers got into a silver car as on-duty officers arrived at the scene, police said. Officers attempted to stop Rogers, but he continued driving, Maj. Adam Lee said.

On July 11, 2016, it was reported that an APD spokesman confirmed to the Atlanta Journal-Constitution that on July 1 it fired the officer involved in the death of Deravis Caine Rogers.

Officer James R. Burns admitted to investigators that he shot into a vehicle not knowing if the person driving was the suspect he had been called to an apartment complex in northeast Atlanta to help investigate, according to the internal affairs file into the shooting death of 22-year-old Deravis Caine Rogers.

On Friday July 15, 2016, Fulton County District Attorney Paul Howard announced that arrest warrants were issued and that he will be seeking an indictment against Officer James Burns for felony murder, aggravated assault with a deadly weapon and violation of his oath of office for killing Deravis Caine Rogers.

Rogers' mother says in a federal lawsuit that her unarmed son's civil rights were violated. On July 18, 2016, Melva Rogers sued the city, police Chief George Turner and former officer James Burns, who was fired after the shooting.

On Wednesday, August 31, 2016, a grand jury indicted a former Atlanta police officer for murder and other counts in Rogers' death.

According to The Atlanta Journal-Constitution, at issue was a Supreme Court decision that Howard said “declined to address the issue of whether certain statements, made by a police officer, could be used by the state in a grand jury proceeding.”

Howard further stated to the AJC, “Out of an abundance of caution, rather than seeking to litigate this issue further, we are simply choosing to re-indict the entire case.”

A week after the decision o drop the charges, Howard had not yet announced when he would re-indict Burns for murder.

On September 5, 2018, James Rolfe Burns was once again indicted for the murder of 22-year-old Deravis Caine Rogers. Prosecutors said the original indictment was ruled nolle prosequi in July due to a procedural matter related to the statements Burns made during the previous Grand Jury proceeding. The Fulton County District Attorney decided to bring the case before the grand jury again to move forward.