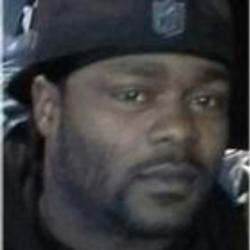 DeOntre L. Dorsey, 32, died Sunday, November 29, 2015, nearly nine months after he was left in a semi-vegetative state after being hit by a stun gun by a corporal with the Charles County sheriff’s office, his family said. The family members say the encounter began after Dorsey suffered a seizure while driving and ran his car off the road. Diane Richardson, a spokeswoman for the Charles County sheriff’s office, said Tuesday that she was not aware Dorsey had died. She said she was unable to provide further information about the matter.

The family's complaint to the Justice Department and sheriff reports, copies of which were obtained by The Washington Post, said Dorsey was driving alone on St. Charles Parkway in White Plains at about 4:30 p.m. March 1 when he lost control of the car. It came to rest against a tree in a median. Witnesses who called 911 said Dorsey was “flopping like a fish.” According to the family, he had just gotten off the phone with his girlfriend. In a police report prepared days after the incident, Dorsey’s girlfriend told investigators he had texted her and said, “I’m ready to pass out behind the wheel.” He had not been prescribed anti-seizure medication.

The Charles County Mobile Intensive Care Unit responded to the scene “for the motor vehicle accident with a person having seizures,” according to sheriff’s records. Cpl. Michael Sokoloff, who responded to the scene, told an investigator that when he approached the vehicle, Dorsey was on his back kicking his legs like “a child having a temper tantrum,” according to police records. After Dorsey rolled on his stomach and reached for a firefighter’s leg, Sokoloff ordered him to put his hands behind his back. Dorsey failed to comply and tried to stand up, the officer said. Sokoloff Tasered him, hitting him in the back with probes. Sokoloff told an investigator that he shocked Dorsey, a father of four, several times. Dorsey was later handcuffed and placed in leg shackles at the scene and stopped moving, a sheriff’s report states. Dorsey stopped breathing, and paramedics administered CPR before he was taken to a hospital, the report states.

The Dorey family has asked for a federal investigation into his death.