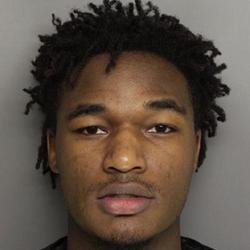 A South Carolina police officer was killed trying to arrest a known gang member, who later took his own life to avoid arrest.

The Greenville officers had been trying to speak with the suspect, 17-year-old Deontea Perry Marckey, when the suspect fled. Lee, 28, rounded a corner and was hit by multiple gunshots and passed away at Greenville Memorial Hospital.

The suspect, identified by police as 17-year-old Deontea Perry Mackey, called his mother moments before he shot himself after he was surrounded by cops, according to Greenville Online.