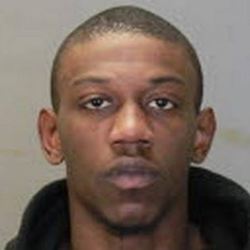 Columbus Fire and EMS confirms a police officer was injured and a chase suspect was hit by a car and killed early Thursday.

First responders on the scene say the incident happened at the intersection of Cusseta Road and 25th Avenue.

The 22-year-old suspect was reportedly involved in a chase with Columbus police officers Thursday morning. Muscogee County Coroner Buddy Bryan tells News 3 at some point the suspect jumped out of his car and was hit by an oncoming patrol vehicle.

The man was pronounced dead at 11:55 a.m. in the 2600 block of Cusseta Road. Bryan says he does have the suspect’s name, but so far has not been able to reach his next of kin.

WRBL also confirms an officer was also injured at some point during the chase, but is expected to recover.

Coroner Bryan also says the GBI just arrived on the scene to begin its investigation.

The mother of the murder suspect who was hit and killed by a patrol car in Columbus is speaking out.

She says her son should not be labeled as a murder suspect, because he was set up. She sat down with News 3’s Ashley Garrett Friday.

The mother provided News 3 with a picture of 22-year-old Deonte Giles. She says she’s not clear about why her son is being accused of murder. The mom says her son was a target by a group of friends. She says before Giles died, she told him to go to police, to give his side of the story.

“I’m just here to say, I never knew anything about a warrant for my son committing murder and I just don’t want that type of publicity about my child on the news,” says Karisha Upshaw.