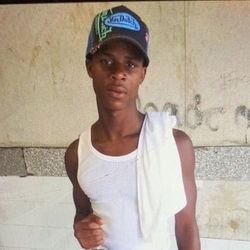 The killing prompted a late-night face-off between police and dozens of protesters outside a city police station. Police identified the victim as Kay of southeast D.C.

A subsequent statement from the Metropolitan Police Department said Kay was one of two people who fled Wednesday afternoon when approached by uniformed officers who were investigating reports of a man with a gun in the area.

“During the foot pursuit, one of the suspects brandished a firearm. In response, an officer discharged their firearm one time, striking the suspect,” the MPD statement said.

The other man who fled escaped from police, and Kay was taken to a local hospital where he was pronounced dead. The police statement included pictures of the handgun they say Kay had been carrying, as well of the gun of another of his companions who was arrested.