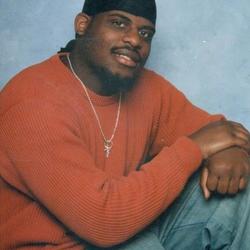 Tasers “malfunctioned” Sunday night when the first shot did not hit the suspect and the second shot appeared to have no effect on a Wilmington man who later died at an area hospital following a high-speed pursuit, a preliminary police investigation indicates.

The man was identified as Deomain Hayman, 28, of the 400 block of W. 29th St., Wilmington Police Cpl. Mark Ivey said. Results of an autopsy are pending additional testing and were not available Monday. The official cause of death will be released by the State Medical Examiner’s Office “at a later date,” Ivey said.

The stun guns were ineffective and the department is looking into why the devices did not work properly, he said.

It took four officers and several sets of handcuffs to take Hayman into custody. Police say that he was placed in a seated position on the ground. Minutes later, he had trouble breathing and appeared to go into cardiac arrest.

Officers removed his handcuffs, started cardiopulmonary resuscitation, or CPR, and applied a defibrillator, according to police spokesman, but could not revive Hayman, who was rushed to Wilmington Hospital, where he was pronounced dead.

We will see if the clouds can part and clarity be declared on this death. What we know for sure is than an unarmed man is dead ... and tasers were used. When will police stop reaching for their taser guns when a little commonsense and patience might do the trick?