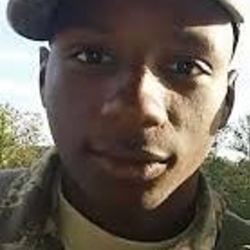 Residents of a Charleston apartment complex were simmering Saturday after a teenager was shot to death during an encounter with a Charleston police officer Friday night.

Attorney Andy Savage has gone to bat for the police several times in his nearly four decades practicing law. But in the case of Denzel Curnell, who died of a gunshot wound June 20 while a Charleston police officer was present, Savage says he had to side with the family of the deceased and not with the officer. Investigators and the solicitor said Curnell's death was a suicide, but Savage wasn't convinced.

"I've been doing this for a long time, and I'm not saying I'm an expert, but it just doesn't feel right," Savage said Wednesday, before the South Carolina Law Enforcement Division had released its full investigative report.

Curnell shot himself in the head as he lay on the ground during a struggle with Medlin, Solicitor Scarlett Wilson said in deeming his death a "clear" suicide - a contention first raised that night but never explained by the police.

Charleston attorney Arthur McFarland agreed the prosecutor in the cases appeared to “have changed the rules in the middle of the game.” In other cases prosecutors seek indictments, in the Wilson case however, McCulloch instead presented testimony that encouraged the grand jury to disbelieve witnesses to produce a manipulated outcome.

McFarland noted that of 430 cases nationally where questionable police shootings were involved in the deaths of Blacks, only 30 resulted in indictment and of those 30 indictments only 15 trials resulted in convictions.

“We have to take some type of position against the killing of Black men,” Saunders said. It’s happening all the time without any legal repercussion.”

Video with gaps of important times