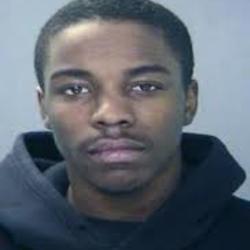 A veteran Suffolk County police officer who fatally shot a shoplifting suspect as he tried to carjack a vehicle with two young boys sitting in the back seat should be commended for her “decisive, heroic, necessary action,” the authorities said on Monday. The officer, a nine-year veteran whose name was not disclosed, shot and killed Denzel Brown after he shoplifted two pairs of headphones from a Bay Shore electronics store and tried to steal a car on Sunday night, the Suffolk County police said.