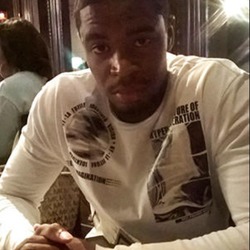 Philadelphia police fatally shot an unarmed man, Dennis Plowden, who fled in a car that cops were pursuing related to a homicide investigation in Germantown on Wednesday night, authorities said.

It was later determined that Plowden, 25,  was not a person of interest in the homicide, according to police.

Plowden was shot after police had attempted to stop his vehicle, First Deputy Commissioner Myron Patterson said during a press briefing on Thursday morning.

Plowden fled in the car, striking one of the officers, the unmarked police vehicle and several parked cars, Patterson said. Plowden then exited the car and attempted to flee, before being shot by police.

Patterson vowed that police will conduct a "very objective, transparent and comprehensive investigation" into the shooting.

According to Patterson, two plainclothes officers, driving an unmarked car, spotted a white, 2013 Hyundai wanted in connection with a homicide that took place Dec. 21 on the 1800 block of East Atlantic Avenue.

The officers flipped on their police lights, prompting the Hyundai to stop near the intersection of Nedro Avenue and 16th Street.

But when an officer approached the stopped vehicle, the driver sped off, striking one of the officers in the process, Patterson said. The Honda crashed into several cars before coming to a stop near Nedro and Opal streets.

When Plowden exited the Hyundai, a plainclothes officer gave "repeated commands" to show his hands, Patterson said. When he did not, an officer fired a single shot that struck Plowden in the head.

The officers had been alerted that any occupants of the wanted Hyundai should be considered "armed and dangerous," Patterson said.

A preliminary investigation indicated Plowden was sitting on the sidewalk when he was shot, according to police. Plowden allegedly had placed his hand in his jacket pocket instead of showing his hands.

No weapon was recovered. The man did not have any outstanding warrants for any felonies, Patterson said.

In November, 2018, Philadelphia Police Commissioner Richard Ross announced that Officer Ruch was not justified in using lethal force when he shot the suspect, Dennis Plowden, 25, on the night of Dec. 27, 2017, as NBC-10 in Philly reports.