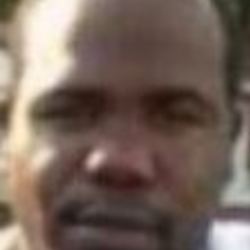 What appeared to be a routine pursuit of a domestic violence suspect in Kent County ended in gunfire Wednesday north of Magnolia, leaving the suspect dead and a state trooper seriously wounded, state police said.

The trooper, Cpl. Lloyd M. McCann, 26, of Troop 3 near Camden, was shot in the cheek and hand. He was conscious and alert, listed in serious but stable condition Thursday at Christiana Hospital, where his wife and three children were with him, police said.