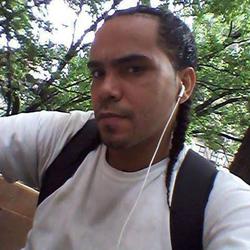 The family of an emotionally disturbed Bronx man who died in NYPD custody on Friday filed a complaint against the cops involved in the dispute, claiming the officers caused his unexpected death. "They came and they killed my son," Denis Reyes' heartbroken mother Blanca Sierra told the Daily News. “My heart left when they took him out the door. He was 40, but he was still my baby.” "When (police) brought him out I kissed him…when I kissed him he was cold," she said.