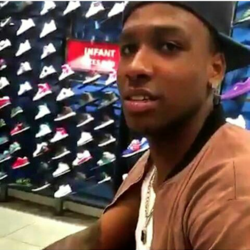 Around 11 p.m. Sunday, Cobb officers were called to an armed robbery at the Marathon convenience store at 6430 Mableton Parkway in Mableton, the GBI said. Inside the store, Dorsey was holding two employees hostage at gunpoint, according to investigators.

He had barricaded himself inside the store and refused to surrender, leading officers to call in SWAT negotiators. It was SWAT Officer Dennis Ponte who shot Dorsey, who died after being taken to Grady Memorial Hospital, according to the GBI, which is assisting with the investigation.