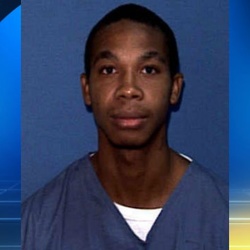 A 29-year-old man is dead after a police-involved shooting Friday in Lauderhill, according to the Broward Sheriff's Office. The shooting happened at the Summit Palms Apartments on Northwest 46th Terrace shortly after 3 p.m. Friday. Lauderhill police was conducting an investigation involving a stolen vehicle. When they confronted Demaris Turner in the stolen Hyundai Genesis he rammed into a marked K-9 cruiser, which had an officer and a K-9 inside, deputies said.