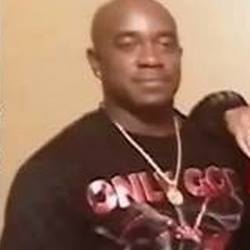 A Jefferson Parish Sheriff's deputy shot and killed a man who came out of his Harvey home armed with a semi-automatic handgun Friday night (May 8), JPSO spokesman John Fortunato said. The man first drew the attention of authorities when they responded to an aggravated assault complaint around 8:45 p.m. at a grocery store off of the West Bank Expressway. Fortunato said the man entered the store to confront his ex-girlfriend and her male companion.