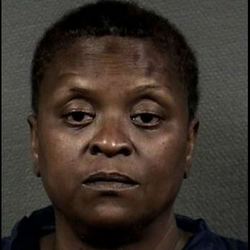 A Harris County inmate jailed on a theft charge died after hanging herself in a common area of the jail late Tuesday, marking the facility's second suicide in less than a month.

Debora Ann Lyons - who was being held on $1,500 bail - was found hanging from a bedsheet attached to a door on the fourth floor of the 1200 Baker building at about 6:45 p.m. on Tuesday, according to the Harris County Sheriff's Office.

After jailers found her, she was rushed to Ben Taub Hospital, where she died a day later.