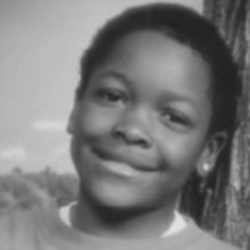 Known affectionately as “Tae Tae,” DeAunta Terrell Farrow was 12 years old and had just graduated from the sixth grade. His hopes and dreams, his life were abruptly ended with two police bullets on the evening of June 22. While out walking with his 14-year-old cousin, DeAunta was gunned down by West Memphis Police Officer Erik Sammis. Sammis says he was on a stakeout when he and another officer confronted someone who appeared to be carrying a gun. When “the suspect” didn't drop the weapon, Sammis said he feared for his life and opened fire. Only then, he says, did he realize that the “gun” was a toy gun and that he had just shot and killed a 12-year-old child. How many times have we heard this story—which ends with the death of an innocent Black person?