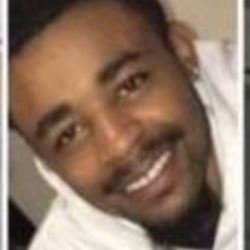 According to police, they were dispatched to the area around 6:45 p.m. on Saturday over reports of an alleged robbery. Police claim they detained two men, Bailey and another man, when Bailey allegedly reached for a weapon and police shot him. But the video shows no such weapon, nor does it show Bailey reaching for anything.

In the video, we see Bailey running from police with his hands out to his sides. No weapon can be seen. What’s more, Bailey is wearing gym shorts and anyone who has ever held a pistol knows that gym shorts make it nearly impossible to hold a gun in your waistband.

Nevertheless, two officers are seen shooting Bailey in the back as he ran.

“He appears to be shot in his back as he is running away, wearing gym shorts and a T-shirt,” John Burton, a 40-year lawyer and former board president of the National Police Accountability Project said. “And even if he is armed, that’s not enough to justify a shooting generally, unless the weapon is being used or threatened to be used, which I don’t see it (on the video). He is definitely not reaching in his waistband and about to shoot the officers.”

Protesters calling for "justice for De'Von [Bailey]" repeatedly interrupted Colorado Springs Mayor John Suthers' State of the City speech to a large (and mostly receptive) audience at The Broadmoor on Sept. 12, 2019.

The family of Bailey has filed a federal lawsuit against the city claiming officers violated his constitutional rights through the use of excessive force.