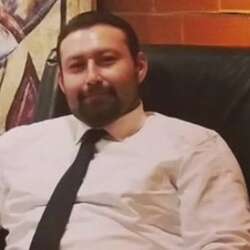 On March 14, 2021, Los Angeles County Sheriff Deputies responded to reports that a man in the midst of a mental health crisis was armed with a knife.  According to a statement by the department, family members called for help as the man, 34-year-old David Ordaz, Jr., was under the influence of drups and suicidal.  Deputies arrived in the area and confronted Ordaz Jr., shooting him with non-lethal rounds.  Video footage appears to show Ordaz Jr. then turning to flee down the sidewalk.  The deputies at the scene alleged that Ordaz lunged at them, prompting them to use lethal force and shoot Ordaz, Jr. multiple times in front of his family members.

The Los Angeles County Sheriff's Deparment (LA County) is conducting an internal investigation, and will submit its findings to the LA County District Attorney's Justice System Integrity Division.    The department has also stated their plans to share the investigation findings with the Los Angeles FBI Field Office.

In July 2021, the LA County Sheriff's Department released body cam footage captured during the shooting, with LA County Sheriff Alex Villanueva expressing "grave concerns" over the footage.  The footage was posted on the department's "Transparency Promise" page on its website.  Footage of the shooting captured by a pedestrian was previously posted on YouTube.

The family of Ordaz, Jr. has filed a federal civil rights lawsuit alleging that four of the deputies used unjustified lethal force.  The lawsuit alleges that the coroner's report shows that all but two of the bullets that hit Ordaz Jr. struck him on the back and side.  The lawsuit also alleges that the final bullet, as evidenced by the video footage, was from a killing shot fired into his chest as Ordaz Jr. lay face up on the sidewalk.