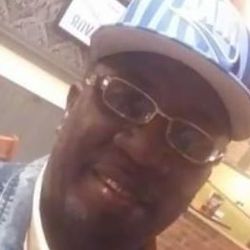 David McAtee, who turned his talent for food into a popular West End eatery, was shot and killed by law enforcement officers early Monday morning, an incident that's now under state, local and federal investigation.

LMPD Chief Steve Conrad says police and the National Guard were called to Dino's Food Mart around 12 a.m. to help clear a large crowd that had gathered in the parking lot. Officers were met with gunfire while clearing the lot, according to Conrad. Both LMPD and the National Guard returned fire. One man was pronounced dead at the scene.

McAtee, the owner of YaYa's BBQ in western Louisville, was known as a "community pillar," said his mother, Odessa Riley.

"He left a great legend behind. He was a good person. Everybody around him would say that," she said. "My son didn't hurt nobody. He didn't do nothing to nobody."

Riley was among the hundreds who had swarmed the corner of 26th and Broadway Monday where Louisville police and National Guard personnel were breaking up a "large crowd" that had gathered in the parking lot outside a Dino's Food Mart, according to law enforcement officials.

LMPD Chief Steve Conrad said in a statement that someone shot at police and officers and soldiers "returned fire," killing McAtee.

McAtee's barbecue business is next to the Dino's Food Mart parking lot where the shooting took place around 12:15 a.m. Monday.

His identity was confirmed to The Courier Journal Monday by his nephew.

In early August, 2020, the investigation into the fatal shooting of David McAtee by the Kentucky State Police was completed and handed over to prosecutors.

On September 21, 2020, the family of McAtee filed a wrongful death suit against Louisville Metro Police, the Kentucky National Guard and two LMPD officers.