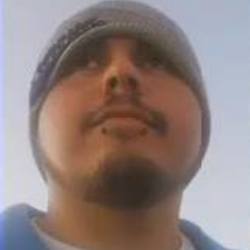 David M. Diaz was shot and killed by police at a church on Avenida Del Sol after firing shots and hitting a law enforcement vehicle. Cochise County Sheriff's Office responded to a domestic abuse and when arrived a woman told them her husband had left after a physical altercation. David M. Diaz and was said to be distraught and wanted no contact with authorities. Shortly after relaying a description of his car to local law enforcement a Patagonia Marshal Deputy spotted an exact match. Authorities tried to stop the vehicle but were unable to do so and Diaz began to fire shots out of the car window at the units following him. Diaz eventually stopped behind a church on Avenida Del Sol and stayed in his car. According to Sierra Vista Police Dept. sometime after the shots hit the law enforcement vehicle Cpl. Jeremy Wolf of Sierra Vista Police shot and killed Diaz.