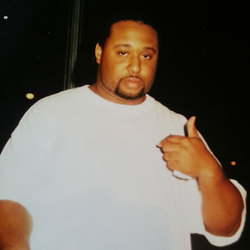 A 35-year-old Norfolk man who was shot and killed by a police officer Friday night had a history of mental health problems, and his family had called the police hoping he could get emergency psychiatric help.

Instead, David Latham, who lived with his parents in the 400 block of W. 30th St. in Norfolk, was shot by a police officer about 11 p.m. and died at Sentara Norfolk General Hospital.

He was the third man fatally shot by Norfolk police in eight days and the second with a mental health problem.

Audrey Latham, his mother, said there were five adults and four children in the house when the shooting occurred. She said that her son had a knife in his hand and had threatened his brother with it earlier but was not brandishing it when the officer was at the door. She said he held it at his side.

She said the officer shot several times as David Latham stood in the doorway. When Latham turned to come back inside, she said, the officer followed him into the house and shot him again. She said other officers were outside at the time.

According to police reports, Latham threatened the officer with the knife before the officer fired.

In response to a request for comment from the police chief or city manager, spokeswoman Lori Crouch said the investigation is ongoing.

"We're still piecing together what happened last night," she wrote in an email Saturday. "It's premature for them to speak today until all the facts are in."

Audrey Latham said the family was stunned at the shootings, with some standing on the indoor stairs behind him when he was shot. Anthony Latham, David's brother, said he had asked the officer to use a stun gun before he opened fire.

What is particularly noteworthy about this case: Norfolk police were — or should have been — aware of Latham’s mental health issues. Audrey Latham said her son had schizophrenia, bipolar disorder and was frequently paranoid. She said he had recently stopped taking his medication.

But on that June night, Officer Edington — who was probably unfamiliar with David Latham — showed up and opened fire. According to a medical examiner’s report, Latham was shot eight times, including twice in the chest and twice in the back.

Latham said the officer shot David three times while he stood in the doorway. As David retreated into the house, Latham claims the officer shot her son three more times. He collapsed on the kitchen floor, and another family member claims David was shot twice more.

For that, a special grand jury charged Edington with one count of voluntary manslaughter. Jury members also chose not to indict Edington on two other charges presented in the case: second-degree murder and use of a firearm in commission of a felony.

September 2016 Two Norfolk police officers testified Wednesday that David Latham never raised the knife in his hand, threatened them or moved toward them before fellow officer Michael Edington Jr. shot him to death.

On October 6, 2016, the police officer who shot and killed David Latham was found not guilty of manslaughter.

On November 1, 2017, David Latham's parents and siblings stood before a judge and accepted a $1.5 million settlement with the City of Norfolk.