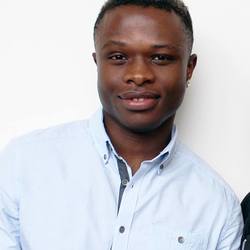 The NYPD is conducting an investigation into the incident that left 24-year-old David Felix dead Saturday afternoon as authorities attempted to arrest him on a robbery charge, police said. Mr. Felix attacked two detectives with one of their police radios before he was shot in the torso, police said.

On the Saturday afternoon that they ended David’s life, Harold Carter and Vicente Matias, two veteran detectives of the 26th Precinct, were searching for David after an alleged purse-snatching at his girlfriend’s college when they entered a 20-bed supportive housing program run by The Bridge in New York’s East Village. Carter and Matias buzzed the front office – which, due to the time of day, had only one staff person on duty. The young black woman told the detectives that the building houses people with mental health issues, and that David is diagnosed with schizophrenia. The detectives told the staff member that they had a legally-required warrant to enter David’s building and apartment, showed her a piece of paper with David’s picture on it (which is typical of a New York City Record of Arrests and Prosecutions, known as a Rap sheet, and not an arrest warrant). They refused to wait while she called a supervisor, barged in despite her protests and headed up to the sixth floor while demanding that she accompany them and use her master key to open his door.