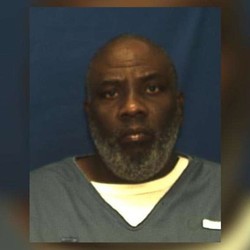 A Miami-Dade police officer who was wounded multiple times Wednesday during a close range shootout with a suspected shoplifter was able to walk with the support of colleagues into a hospital.

David Facen, 54, of Miami, died in the parking lot of the Walmart Supercenter at Northwest 79th Street and Northwest 32nd Avenue. His body lay between two cars and beneath a yellow tarp; multiple yellow crime scene markers dotted the nearby sidewalk.

Officer Manuel Gonzalez, 31, is expected to have a full recovery, Juan Perez, director of the Miami-Dade Police Department told reporters during a press conference in front of Ryder Trauma Center at Jackson Memorial Hospital in Miami.

Calling the gunfire “another tragic event,” Perez said, “We need to stop the violence, at all levels. Not only against officers, but against security. Imagine if security were to approach that guy without a firearm?”

The injured officer, “one of the better officers that we have,” is a seven year veteran and an investigator for the county’s Northside district. Married to an elementary school teacher, he is a father of two young children. Gonzalez was in uniform while working the off-duty shift at the store, and it was not known if he was wearing a bulletproof vest, Perez said.

While investigating a possible theft from the Walmart, Gonzalez confronted Facen in the parking lot, Perez said.

“And that ended in a violent encounter between a subject and the police officer,” Perez said. “To be quite honest and quite frank, what occurred today is that the officer that is laying in that bed behind us today was born again. Because at close range, he was able to survive multiple gunshot wounds...”

Gonzalez returned fire with his service weapon. Facen’s gun lay on the ground, close to his body, Perez said.

The Florida Department of Law Enforcement is investigating the shooting that happened around 1 p.m. No other suspects are being sought.

Gonzalez was “in good condition, and right now he is in great spirits despite being shot multiple times,” Perez said. “God was with him.”

He said Gonzalez was moonlighting to earn extra money for his family during the holidays.

Perez said police officers and the community need to work together to identify those who have guns but should not be armed.