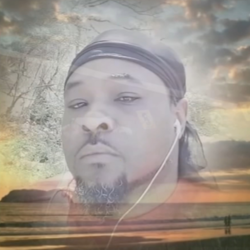 A Roxboro officer fatally shot David Earl Brooks Jr., 45, after responding to a 911 call reporting a person with a gun walking down Old Durham Road, close to a Dollar General Store on Weeks Drive, according to the Police Department.

Officers and paramedics gave Brooks first aid, but he died from the gunshot wound to his chest, the release from Waters stated. The N.C. Office of the Chief Medical Examiner confirmed he died from the injury.

Police found a loaded, sawed-off shotgun at the scene after Brooks was shot, Hess said Friday. The shotgun did not belong to the Police Department, he said. The weapon is considered a “weapon of mass destruction” and is not legal in North Carolina.

Two veteran officers have been placed on administrative leave with pay, Hess said, but he would not name the officers. No officer was injured in the incident.

Hess also would not say whether both officers fired their guns and how many bullets were shot.

Waters said he will wait for the results of the SBI investigation before deciding whether the police use of force was appropriate.