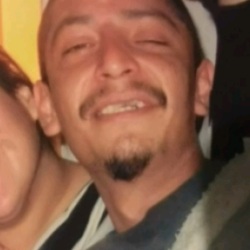 A family is seeking answers and justice after a 32-year-old man was fatally shot by an FBI agent Thursday night at his mother's home in Compton.

Agents with the FBI's SWAT team in Los Angeles were serving a warrant at the home located on South White Avenue, when an agent fired at a man after an altercation, FBI spokeswoman Laura Eimiller said in a statement.

The man was pronounced dead at a hospital after an FBI medic and fire officials tried to treat him at the scene, Eimiller said.

But the family of David Coborubio, who left behind a 9-year-old daughter, said he was moved outdoors to the street, where he died.

Anna Reyes, his sister, said she asked to see a warrant before the FBI stormed into their house, but an agent told her it was "irrelevant."

The warrant named another man, identified as 39-year-old Paul White, who was wanted for fleeing parole and possessing a firearm. He was arrested at the residence and is in custody, according to the FBI.

The family said they haven't seen or located Coborubio's body.

A gun was recovered at the scene.

The shooting will be investigated by the FBI's Inspection Division from the headquarters in Washington, D.C. The Los Angeles District Attorney will also review the incident, according to Eimiller.

September 2016 It’s been nearly three weeks since an FBI agent fatally shot 31-year-old David Coborubio during a nighttime raid on the house in Compton where he lived.  Yet the agency has yet to explain why agents had to use deadly force against Coborubio, who was not the target of the raid.