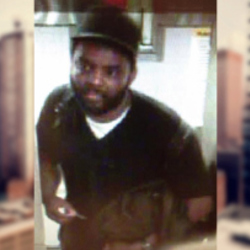 The man suspected in a series of hammer attacks in Manhattan, including on a female NYPD officer, has a history of mental health issues and left a bizarre trail on social media, cops said at a press conference Wednesday. David Baril, 32, attempted to strike Officer Lauren O’Rourke over the head with a hammer at about 10 a.m. near Penn Station, officials said. Baril missed, and was shot multiple times by O’Rourke’s partner, Officer Geraldo Casaigne.