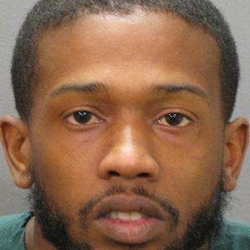 Three detectives fired a total of 21 bullets from their department-issued rifles at David Andre Scott, 28, who was struck in the torso and extremities. The detectives were about 8- to 10 feet away from Scott in a darkened corridor when they fired at him. There were four apartments in that corridor and a stairwell that runs through the middle of it leading to the second floor, Sheriff’s Office Director Tom Hackney said Sunday.