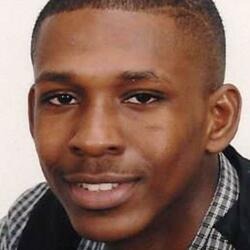 Daryl L. Jordan, 50, of Miami, was shot dead by police outside of a market on Thursday afternoon. He had been suspected of stealing a bicycle and a sports utility vehicle. He was also accused of opening fire multiple times on civilians.

Investigators say the chaotic scene began just after 1 p.m. when the suspect tried to steal a bike from the front of a bus. Someone tried to stop him, and the suspect fired a gun at that person, but did not hit them.

Jordan then took off to a Chevron gas station. Police said an employee at the gas station wouldn’t let him inside the convenience store.

The suspect took a Range Rover SUV from the gas station and drove to the First Stop Market at Southwest 173rd Terrace and Homestead Avenue, police say. He crashed the car into the outside of the market and then went inside.

When he came out of the store, police were waiting for him. After a standoff that last a few minutes, police shot Jordan.