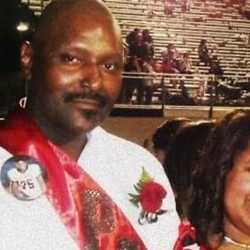 55 year-old Darrell Zemault was shot and killed by police Tuesday afternoon September 15, 2020 while officers were serving an arrest warrant.

Undercover detectives with the repeat offender program were told Zemault was in the 100 block of Willee. Zemault had two active warrants; a third-degree felony for repeated violation of a court order or bond and a misdemeanor warrant for assault bodily injury.

The three undercover detectives and two uniformed SAFFE officers in marked units got to the home and say they contacted Zemault, one detective told him about the warrant for his arrest after introducing himself as an officer.

The report says Zemault was "immediately non-compliant" and began to argue with the detective. This is when police say the detective told the two uniformed officers to handcuff Zemault.

However, this is when police say Zemault grabbed a can of wood stain with one hand and moved away from officers, ignoring their commands. He allegedly continued to try resisting the officers before he fell onto his knees, with his arms stretched in front of him to keep his body off the ground.

SAPD said body camera footage then shows officers continue to try handcuffing him, but could not and began using physical force. One of the uniformed officers even began using his baton to hit Zemault in the legs and thigh but SAPD said this did not work.

The struggle continued and SAPD says one detective's holster fell to the ground, which Zemault then grabbed and took the gun out of.

The detective then began to wrestle with Zemault to get the gun away. Officials say Zemault had his finger on the trigger and was trying to point the gun at the officers. During the struggle, the detective called out to the other officers at the scene, saying Zemault had a gun. One of the others saw this and shot Zemault in the back.

The footage then shows the detective pick up the gun and call for EMS.

Police say the part where Zemault hit the officer with the can was not caught on camera, and the officer who was hit even said he wasn't sure if it was intentional or not.