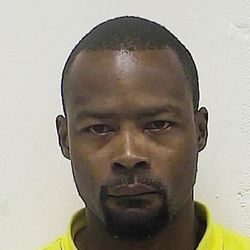 Darrell Lawrence Brown, 31, died early Friday morning after at least one officer shocked him with a Taser. Brown had ignored police commands to get down on the ground and instead became aggressive, according to police and eyewitnesses. The incident initially was reported on April 16 shortly after 10:30 p.m., when a caller told a 911 dispatcher that a man broke into her house at 402 N. Prospect St., according to the police report. The caller said the man then left and was seen fighting someone outside. Police said Brown was combative when officers arrived at the scene and failed to obey their orders to stand down. An officer then shot Brown with a Taser gun, which is designed to subdue suspects by shooting dart-like electrodes into the skin. Officers handcuffed Brown and placed him in an ambulance. Police said two officers accompanied him to Meritus Medical Center. Records from the investigation show the first Taser was fired on April 16 at 10:41 p.m. for a duration of five seconds. Twenty-two seconds elapsed before a another five-second charge was administered.

Brown was pronounced dead at 12:09 a.m. on April 17 at Meritus Medical Center east of Hagerstown.

State's Attorney Charles P. Strong Jr. announced Thursday that a review by his office and an independent review conducted by the Frederick County State's Attorneys Office determined that the officers committed no wrongdoing in Brown's death. He said the reviews studied information from witness statements, 911 recordings, and the police and autopsy reports, which showed Brown likely died from the use of phencyclidine, more commonly known as PCP, and bath salts, a synthetic drug with mood-altering and stimulant properties.