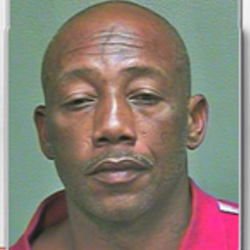 Police have identified the suspect and the officers involved in a fatal altercation at an apartment in southwest Oklahoma City on Sunday. The officers were responding to a domestic disturbance at an apartment located in the 600 block of SW 59th St. just after 7 p.m. when they made contact with 47-year-old Darrell “Hubbard” Gatewood. According to the officers, when they arrived they saw Gatewood lying on broken glass in the floor of the apartment, bleeding heavily. The officers gave verbal instructions to Gatewood in an attempt to calm him down, but they said he did not comply. The officers then used pepper spray and a taser on Gatewood, but again said he did not respond. They then used physical restraint on Gatewood and placed him in handcuffs. Shortly after being handcuffed, the officers said Gatewood appeared to go into some kind of medical distress. The officers removed his handcuffs and tried to administer CPR. EMSA was called and they transported Gatewood to a local hospital where he was pronounced dead. The cause of his death is still under investigation. As a result, the officers, identified as Sgt. Raymond Swearingen, Sgt. Jacob Jones, and Officer Adam Lynch, have all been placed on routine administrative leave pending the investigation.