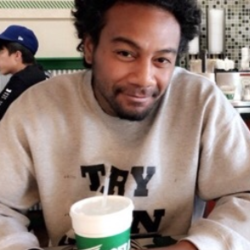 San Bernardino County Sheriff’s deputies responding to a domestic battery call Wednesday morning shot and the killed 32-year-old Darrell Allen of Adelanto after he came at them with a knife in a laundry room, authorities say.

According to the sheriff’s department, at 11:10 a.m. deputies responded to a domestic battery call in the 18100 block of Poinciana Road. When they arrived, the female victim told them the suspect had fled on foot.

They began canvassing the area, and discovered that Allen was in the laundry room of a nearby apartment complex, the sheriff’s department said. When they opened the door to the room, he advanced on them with a knife and they shot him.

He was rushed to Victor Valley Global Medical Center, where he died of his wounds. No deputies were hurt.