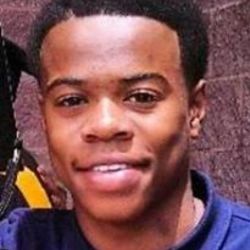 Darius Smith, 18, was killed in an officer-involved shooting in downtown Atlanta on November 30, 2015. Atlanta police said officer was patrolling downtown shortly before 8 p.m. Monday when a Jeep was spotted driving the wrong way. When the officer attempted to stop the Jeep, the vehicle sped away, struck a shuttle bus and then a pole. The driver, Isaiah Irby, 18, from Greer, and a passenger, Darius Smith, then got out and ran. Smith ran behind a hotel and exchanged shots with police officers in the area near several high-rise hotels. Smith was found dead behind a dumpster.