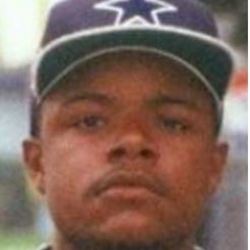 Agents with the Oklahoma State Bureau of Investigation (OSBI) are investigating the death of an inmate at the Caddo County Jail.

According to the OSBI, Darius Randell Robinson, 41, was arrested in Oklahoma County on four child support warrants. He was then transported to Caddo County, where the warrants were issued.

Monday evening, authorities said Robinson attempted to escape his cell when jailers entered to clear items from the cell he had destroyed. When jailers tried to restrain Robinson, he stopped breathing.

Agents said jail staff attempted CPR and resuscitated Robinson, but he later died at the hospital in Anadarko. The Caddo County Sheriff’s office then requested OSBI’s help to investigate this case.

An inmate who died in the Caddo County jail in April was strangled after he was put in a neck hold by jailers, records show.

Just a few days after he was arrested, Darius Randell Robinson, 41, died April 5 after jailers at the Caddo County Detention Center said he tried to escape his cell.