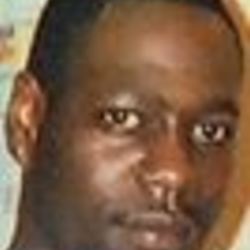 On January 6, 2011, two Chicago police officers, Raoul Mosqueda  and Gildardo Sierra were on routine patrol in a marked police vehicle.  Around 10 p.m. that evening, radio transmissions alerted them that officers were chasing a black Oldsmobile Aurora with rims and a temporary license plate reading 378 M 393.  The chasing officers broke off their pursuit, telling dispatch that because of the “way he was driving and the amount of shootings in the area, we are going to assume there is a weapon in the car.”

Approximately 3½ hours later, Officers Mosqueda and Sierra pulled over an Oldsmobile Aurora with temporary plates because they thought it was the car involved in the earlier dispatch. This car was driven by Darius Pinex.  Both officers would later testify, repeatedly, that they were on “high-risk” alert during this traffic stop because of the information they had received over the radio about this vehicle’s connection to a shooting.  However, neither officer called in the stop, ran the plates (the plates on Pinex’s car were 337 M 648) or called for backup.

The most likely reason for their failure to do any of the things an officer on “high-risk” alert would do in a similar situation was because they were not, in fact, on high alert. Allow me to explain.  The Chicago Police Department separates its radio communications into zones.  Mosqueda and Sierra were operating in Zone 6 on January 6.  The call that went out notifying officers that an Oldsmobile Aurora was wanted in connection with a shooting was broadcast only in Zone 8.  The call that went out in Zone 6 said nothing of weapons or a shooting, but merely described that the occupants of the vehicle were wanted in relation to a “traffic pursuit.”

So Mosqueda and Sierra had no reason to be on “high-risk” alert when they pulled over Pinex’s Oldsmobile. This is critical to the chain of events that followed.  Obviously, the officers’ account and that of Pinex’s surviving passenger, Matthew Colyer, differ.  The officers said they approached the Oldsmobile and at some point, Pinex reversed the car, hitting a light post.  Sierra fired into the vehicle, not hitting anyone.  Pinex then put the car in drive and moved forward.  At this point, Mosqueda fired, killing Pinex.